VENETIAN-5013P-4 engagement ring from the new Venetian Collection, featuring 0.45ct. of pave’ set round brilliant-cut diamonds to enhance a princess or a square diamond center. Available in 18K Gold, Platinum and Palladium.

The ultimate diamond buying guide, explaining the famous 4Cs: carat, cut, colour and clarity, by industry expert, Maria Doulton.The 4Cs are always referred to when understanding diamonds. Whether you’re researching diamond engagement rings, or looking for advice on the cut of diamond for your hand-shape, see why the 4Cs are so important, understand what to look for in a quality diamond, and view examples in Graff’s boutique.

In our full-length film, Maria reveals the essentials of diamonds so that you can master the basics and buy with confidence. Watch our full-length video now and you may even start to have your own ideas on which cut, carat, colour and clarity are right for you.

To read more about the 4Cs of Diamonds, click here
http://www.thejewelleryeditor.com/2014/10/how-to-buy-a-diamond-discovering-the-secrets-of-the-four-cs-with-graff-diamonds/

If you want to know all thats happening in the world of jewellery and watches, visit thejewelleryeditor.com

All eyes are on this beautiful 3.20 carat round diamond combined with our model# RS-122 custom setting. Not as extravagant as the halo nor as understated as a solitaire, this engagement ring strikes the perfect balance of sparkle and elegance. The pave diamond wrap beneath the center-stone is a great accent and adds just the right finishing touch to a ring that is sure to have you tapping the play button more than once.
http://www.laurenbjewelry.com/lepozzi-1-40-ct-round-diamond-white-gold-engagement-ring.html

See the whole process of making a Gold ring, from modeling and turning the gold alloy into a Gold ring to your desire.

Tips to Buying an Engagement Ring

ebruary is a popular month for diamonds, with millions of couples becoming engaged on Valentine’s Day, alone. If you’re thinking of popping the question—and proposing with a diamond bauble—here are some important shopping tips to help you make the smartest purchase.

Spending the traditional two to three month’s salary is no longer the case, says Salim Shamy of LaViano Jewelers in New Jersey, a popular destination for engagement rings and wedding bands. In fact, in 2010, consumers spent an average of ,392 on an engagement ring—or roughly, 10 percent of the average U.S. household income. These days, the purchase depends largely on one’s financial situation, disposable income and savings. “Don’t go beyond your ability,” says Shamy. “If you prepare to spend ,000, just make sure you’re getting the best product at ,000.”

Before walking into a jewelry store, have some idea of what you want. Learn what makes a diamond special and what kind of diamond your special someone might prefer.

A diamond’s rarity—and therefore its price—is determined by four unique characteristics: the Four C’s: carat (the weight), clarity (the degree of flaws or blemishes), color (from colorless to yellow) and cut (the shape). This is the universal grading system used to objectively compare diamonds.

Pay Special Attention to the Cut

A diamond of a smaller carat, but with an exquisite cut, could take on the appearance of a much pricier gem. So much so that Shamy of LaViano Jewelers rates a diamond’s cut or shape—ranging from excellent to poor—as the most important purchasing criteria, because it helps to determine its brilliance or “sparkle.” The Gemological Institute of America (GIA) agrees, saying that the “allure of a particular diamond depends more on cut than anything else.” Some of the key factors in a diamond’s cut include its proportions, symmetry and polish.

Gem experts advocate buying a loose diamond first, then deciding on its setting. The diamond, after all, is the most important and expensive aspect of the ring. You want to be able to pick the best stone that fits your budget, and when the diamond is loose, you’re better able to evaluate its 4 C’s. Preset diamond rings tend to be slightly more expensive, as well.

All diamonds should come with a stone certificate, a document from an independent third-party authority, such as the GIA or the American Gem Society (AGS), which verifies its authenticity and description. Reputable jewelers should provide this without hesitation. If not, take that as the ultimate red flag that the diamond is not all its hyped up to be. The GIA Diamond Grading Report, for example, provides technical information, such as the dimensions, quality and characteristics of a loose diamond. For added piece of mind—and for insurance reasons—you may also want to have the diamond valued by an independent appraisal specialist.

Our Classico Engagement Ring CL116 by Danhov is handmade in the U.S. Available in Platinum, 14k and 18k Gold.

Shop the engagement ring with a 1 carat diamond here:
http://www.heartsandarrows.co.nz/products/classico-engagement-ring-with-1ct-diamond

Or view the setting here:
http://www.heartsandarrows.co.nz/products/classico-single-shank-engagement-ring-setting-cl116-1

Elegant Diamond Engagement Ring was made using the Rainbow Loom. You can also use the CraZLoom, BandaLoom or WonderLoom. It’s main structure consist of Rubber Bands, Pony Beads and possible other items. Created in a Crafty Ladybug, a stay at home MOM.

What should you look for when buying a ring? And how much should you spend? Jill Schlesinger visits New York City’s diamond district to find out.

This is Mike Nekta in the New York City Diamond District. In this video we’re looking at Princess Cut center Stone which is 2.05. The color is completely colorless. It has a VS2 Clarity grade and it’s set in accustomed made mounting from the side under the main diamond you see one round slipper diamond and then on the side. It’s a combination of two sizes of diamonds so it creates like a sandwich look

With bigger diamonds in the middle and surrounded by micro pave. With a certificate from the laboratory, with free appraisal, also a lifetime warranty with cleaning service and free upgrade in the future.

The tradition of diamond engagement rings is actually less than 100 years old. How did it become so popular in such a short time?

Today’s question: Why do most engagement rings feature diamonds? Why not emeralds, or pyrite, or beef jerky nuggets? Turns out, you can trace this precious tradition back to … an ad campaign.

Enter an ad campaign. In the 1930s, the world’s leading diamond mining and trading company, De Beers, found itself in a tight spot. De Beers has been in the business, in one form or another, since just after the discovery in 1870 of huge deposits of diamonds in South Africa. Before then, diamonds were truly scarce; they had to be panned from rivers. With this new supply, De Beers flourished. Well, it was really the supply plus careful corporate consolidation and market control. But yes, they flourished. That is, until the Great War, the ensuing Great Depression, and the looming promise of a second world war sent the demand for diamonds into freefall.

So in 1938, De Beers hired ad agency N. W. Ayer to research the market and produce a comprehensive U.S. ad campaign: print, radio, and celebrity publicity. Print ads compared diamonds to paintings by Picasso and Dali – unique and precious. They commissioned portraits of famous couples who’d recently gotten engaged – all sporting diamonds. In 1947, they launched the slogan “A Diamond Is Forever”. By that time, the number of diamonds being purchased for engagement rings in the U.S. had already tripled.

It was – and is – a brilliant campaign. Pun intended, for once. It set up diamonds as a near-indispensable part of engagement traditions. And as heirlooms to be cherished and kept – not to be resold back into the market. Meaning more diamonds would be bought, and almost all of them new.

In the 1960s, De Beers and N. W. Ayers began educating the public about the quality of diamonds, encouraging the purchase of more expensive jewels. And their product placement continues to this day as they loan out extravagant pieces to Hollywood stars for films and the red carpet alike.

Even for geniuses like us, buying an engagement ring is hard. Get some starter pointers from a fellow dude, James@YesSheWill.com.

Your Diamond Teacher is all about diamonds and bringing you the best education on diamonds.

One thing that we can be sure will probably remain the same within the years to come is the popularity of the round cut diamond.

The round cut diamond is what people associate with diamonds and it is what women want mostly!

In this post we want to have a look at why women are actually so fascinated by diamonds!

In general, the common woman will be a person who likes to be treated and pampered, perhaps with gifts. It shows them that you greatly care as a man, and as such you might have wondered why women love diamonds so much.

You might also have seen diamonds in Hollywood movies and somehow have seen it associated to glamour. Associations are a strong part of marketing itself and this is why the glamour image of diamonds has certainly also contributed to rising diamond sales.

Here are some 5 hilarious reasons why women actually like diamonds so much.

The most apparent thing about diamonds is that they have a lot of brilliance, fire and scintillation. Actually all these three things refer to different light performance categories. The brilliance refers to the white light that is reflected back.

We all know that women appreciate beauty and everything that sparkles and shines! Thus, it comes as no surprise to find out that women like diamonds so much! Women want diamonds to enhance and accentuate their very own beauty!

And of course marketing has greatly contributed to people seeing a connection between diamonds and love. One only has to think about De Beer’s world famous slogan “A Diamond is Forever” 🙂

And still such a tiny little gemstone can well cost thousands and even tens of thousands of dollars!

And women tend to love expensive things, especially when their men get them for them. It is not necessarily te money that went into the diamond but the implied expression that the man really cares for the woman. If a man spends so much money on a woman he simply must care very much about this woman!

Another thing that women appreciate a lot is being unique. A woman wants to express her own beauty in unique ways that differentiate her from the crowd.

As far as diamonds are concerned it is something that not every woman has. It is someting special and something very rare.

Every diamond is a unique and handcrafted master piece. This makes a woman feel unique, too.

Diamonds are the hardest substance on earth

As you might know diamonds are the hardest known substance known to science. This makes diamonds even more special!

Plus, it gives diamonds an image of immense durability and toughness. Could there be anything better to represent the love between you and your loved one? Diamonds last till the end of the world and hopefully so does your love 🙂

A diamond will therefore always be around. If you set this diamond onto an engagement ring your woman will always be able to be reminded of all the beautiful moments you had together.

There just simply is nothing more beautiful than a wonderfully sparkling diamond!

About Your Diamond Teacher 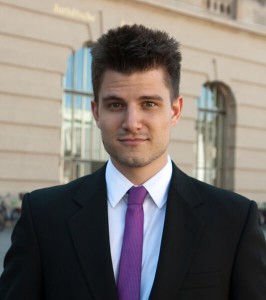 Hi, my name is Sebastian Naturski and I am the founder of Your Diamond Teacher.

I am a passionate diamond enthusiast and I know what it is like to buy a diamond for the first time!

I want to help you out with my extensive diamond knowledge and make you find the best diamond for the least amount of money!

My advice is FREE and always will be!

✅ Get the best diamond for the best price!